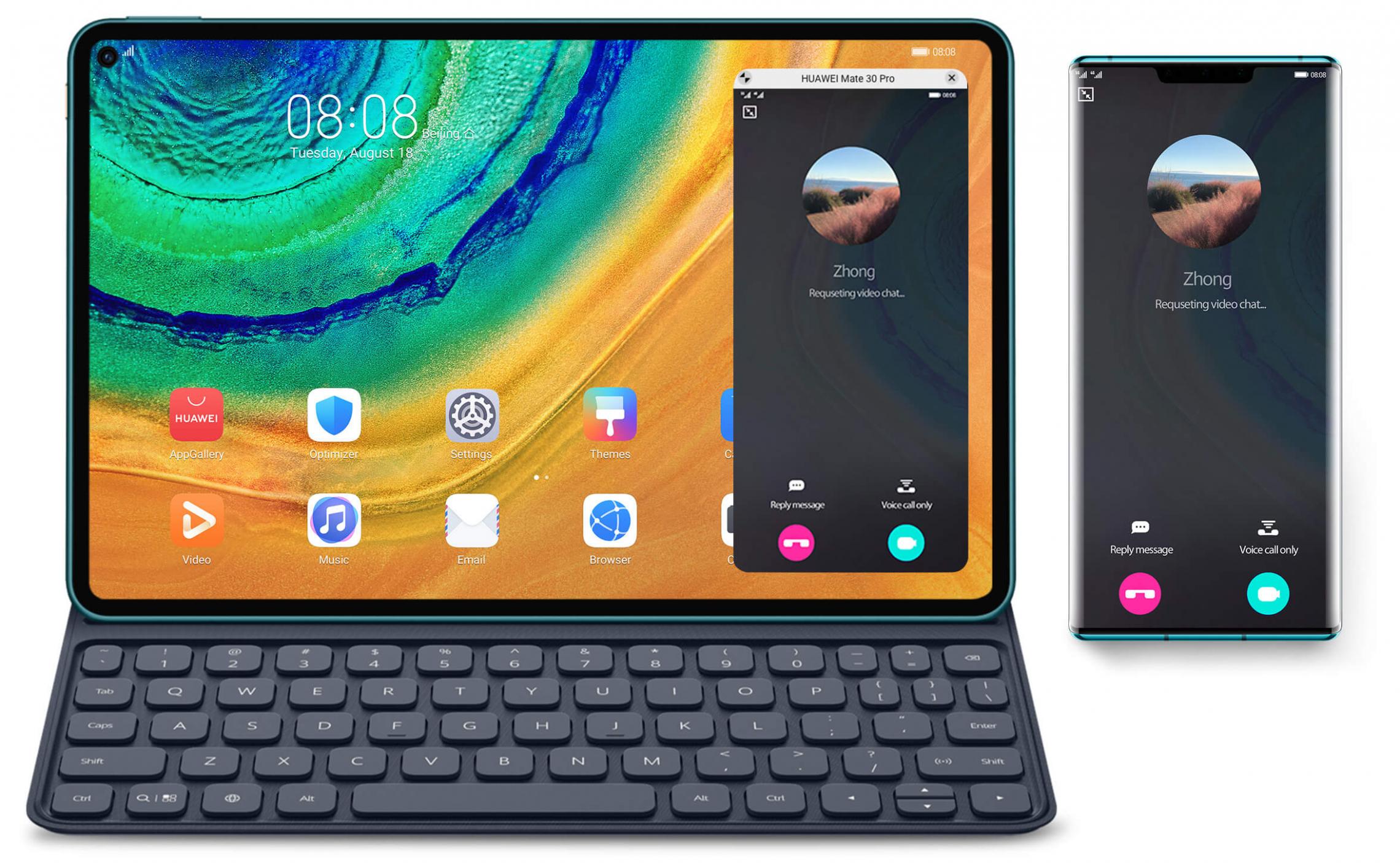 Hastily reviewing the features, specifications and equipment of the HUAWEI MatePad 11, we come to the conclusion that we have won an undisputed winner in the tablet market with a price tag of $ 500. But let’s take a closer look at this device to say for sure! 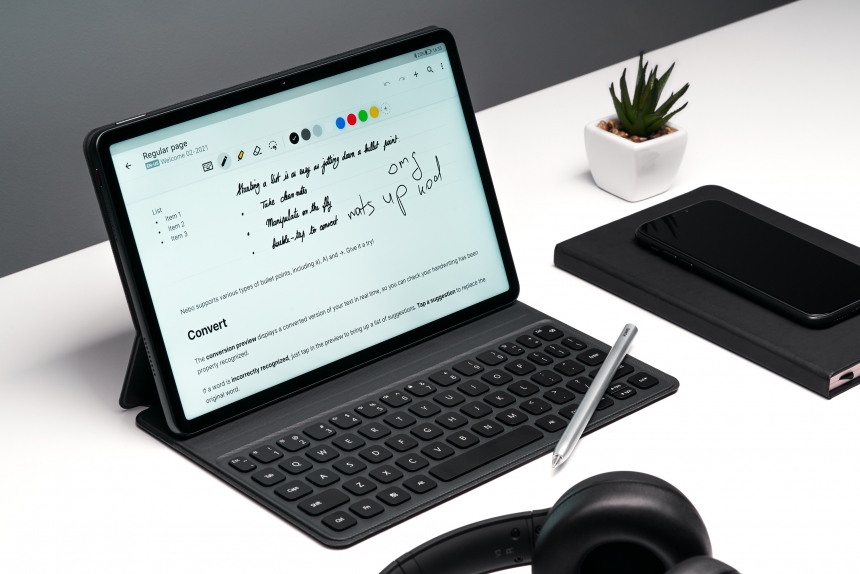 Let me remind you that the Huawei MatePad series was designed for those users who need an uncompromisingly powerful, convenient and portable tablet. 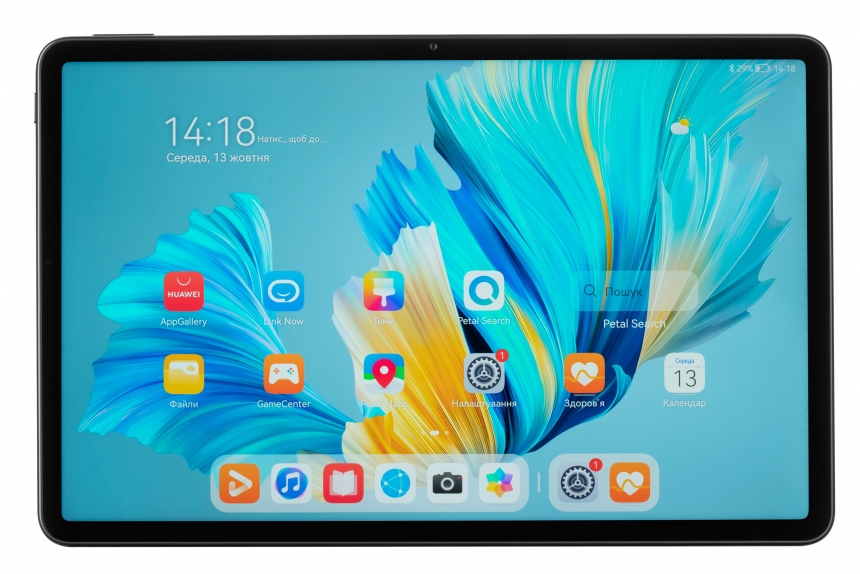 For the period of the promotion (from August 20 to September 5), buying a tablet Huawei MatePad 11 , you could get as a gift a keyboard case and M-Pencil stylus. You need to buy these accessories now.

By the way, HUAWEI often makes advantageous offers for those who pre-order new products or buy them as soon as they go on sale. So keep an eye out for this. 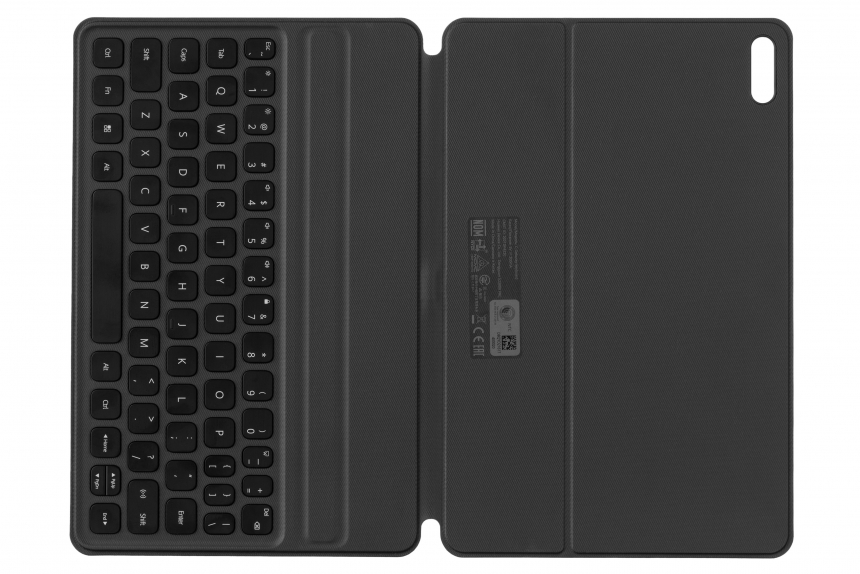 This accessory “kills two birds with one stone” because you have a case and a keyboard at the same time.

The material and design of this cover will surprise you with pleasant materials and modern universal design that will be appropriate for office work or home entertainment.

The cover of such a keyboard is closed by magnets on the body of the tablet and after connecting the keyboard works without the need for additional settings. This keyboard is easy to identify and connect to the tablet.

The case also offers two tilt angles for the tablet, and the keyboard itself has evenly spaced keys with smooth stroke.

M-Pencil has a design of a minimalist premium handle without buttons made of solid plastic.

Like the keyboard, this stylus connects to the tablet easily and quickly and magnetically attaches to the top of the tablet.

By the way, there it is charged by wireless technology.

The rubber tip of the stylus maintains the sensitivity to inclination and pressure, which will come in handy in your work.

The tablet has a modern minimalist design with an unobtrusive hint of premium.

At the bottom of the tablet is a tray for microSDXC memory cards.

On the left is the power button and the protruding camera. You can also see the grilles of the two speakers here.

The volume buttons are at the top.

And on the right side there is a USB-C port and two more speakers.

I note that the IPS display here is of excellent quality. The brightness and contrast of the display are quite high. And the accuracy of color reproduction can be selected and adjusted.

I would also like to note the useful feature of the “Eye Comfort” mode, which lowers the color temperature under artificial lighting to protect you from blue light. Those who enjoy reading books or are concerned about eye health will appreciate it. But there is also a separate e-book mode that turns the screen into a black and white mode that completely mimics E-Ink displays.

One of the main features of this tablet is the refresh rate of 120 Hz, which can be controlled in the settings. So there are three modes in the settings:

The latter always sets the refresh rate to 120 Hz, while Standard limits it to 60 Hz. It is clear that Dynamic allows the system to adjust the refresh rate accordingly, so you can get all the benefits of smooth animation and save some energy.

The second part is energy efficient: four ARM Cortex-A55 cores with a frequency of up to 1.8 GHz are designed for everyday tasks.

6 GB of RAM and up to 256 GB of internal memory are installed, and the latter can be expanded with a microSDXC card.

Graphics are the responsibility of the Adreno 650 video core.

On the back is a 13 MP camera with an aperture of f / 1.8, with one PDAF and LED flash. Video recording with 4K resolution at 30 frames per second is supported.

The front panel has an 8 MP camera with an aperture of f / 2.0, which can be both selfie and webcam.

The front camera supports video recording with a resolution of up to 1080p at 30 frames per second.

The tablet has four speakers that provide good stereo sound.

However, in practice, this posted has some practical drawbacks, because I often close them with my own hands when I look at something.

If you look at the tablet as part of Huawei’s ecosystem, it easily connects to Huawei smartphones as part of it, after which the virtual version of the phone screen is displayed on the tablet’s desktop, allowing you to easily drag files or access applications on your phone. tearing his hands off the tablet. And if you also have Huawei headphones, the sound will be seamlessly transmitted between the Huawei MatePad 11 and other Huawei devices, such as a laptop or smartphone.

The tablet is also able to broadcast its screen wirelessly to a MateView monitor.

If the tablet has a weak spot, it’s Google applications. On the other hand, almost all the major and popular applications that are widely used in the world, including Facebook, Instagram, Twitter, NetFlix and Spotify – work great here. They are not available in the Huawei app store, but the built-in search engine (Petal Search) will take you to places on the Internet where you can download them.

Bluetooth 5.1 technology is here too.

There is also a built-in USB-C port that can be used to output sound to headphones.

Summing up, it is safe to say that the brand new Huawei MatePad 11 is a good competitor in the tablet market, which can “compete” with popular and well-known brands with a higher price tag. After all, this is a very cool tablet that has on board: high-quality IPS display with a refresh rate of 120 Hz, Qualcomm Snapdragon 865 chipset and 6 GB of RAM, 13 MP main and 8 MP front camera, support for modern Wi-Fi technology 6 , 4-channel stereo sound and all this in a modern minimalist design. 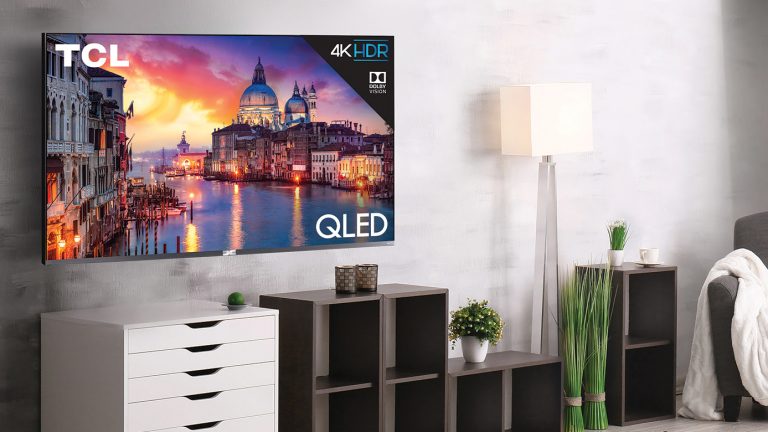 For every taste and not just for tight wallets. TCL offers a wide range of state-of-the-art TVs to meet the needs of discerning viewers and gamers. Infinity of colors For the first time in Ukraine, the world’s thinnest LED TV with direct backlight – TCL X10 65 ”Mini LED 4K. Exclusive Mini LED technology guarantees…

Twinkly is a new generation of LED decorations based on three types of LEDs that can be addressed by a included controller or through the free Twinkly app. Three new types of new generation LED microlamps are used in garlands – RGB, AWW, RGBW. A series of garlands based on RGB LEDs is called the…

Sony Walkman NW-A55L Portable Media Player Product code: NWA55LB.CEW Sony Walkman NW-A55L will harmoniously complement the image thanks to the stylish and elegant design, and will give the perfect sound of your favorite tracks. Components of the NW-A55L, including a strong frame made of milled aluminum, are well thought out and high quality. Enhanced DSEE… 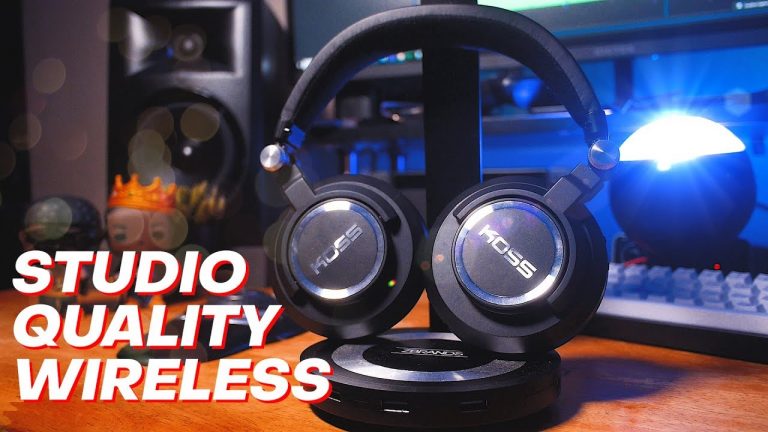 The world-famous American company Koss was founded in 1953. Koss is still one of the market leaders, providing a wide selection of headphones and headsets for every taste and for all tasks. Probably Koss – the founder and specialist in personal and professional audio – has one of the most famous and oldest models of… 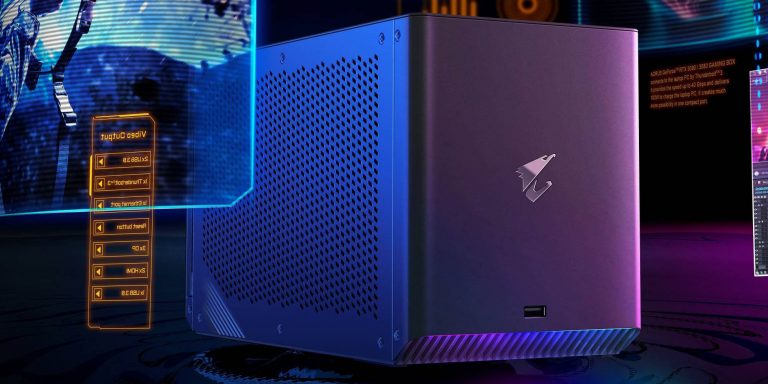 The new 2E Gaming line proves that compactness means modernity, ergonomics and high technology. The case is the basis of a computer system that unites all the components. The efficiency of the PC directly depends on how correct the choice of this peripheral element will be. This is especially true for those who build the… 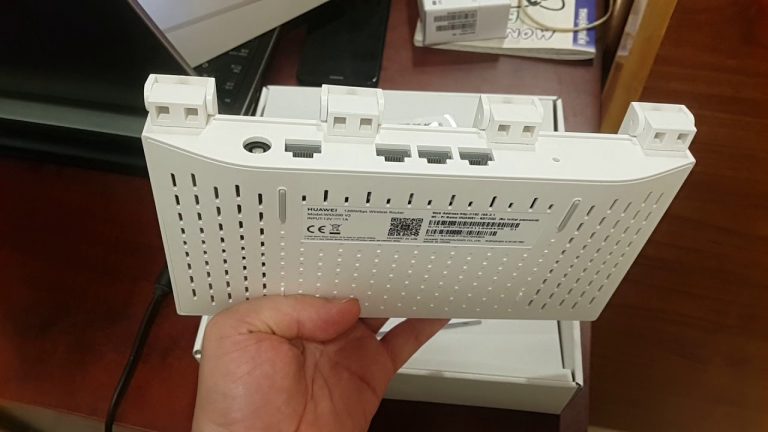 For a long time we did not come across stylish routers from Huawei. After all, they are clearly distinguished from others by their branded minimalist and urban design, moderate price tag and good functionality. So it’s time to take a look at the new Huawei router market – WS5200 Features High-tech Wi-Fi. The router will…